Latest news and stories from BleepingComputer.com

I saw this on the BBC and thought you should see it: WannaCry ransomware cyber-attack 'may have N Korea link' - http://www.bbc.co.uk/news/technology-39931635

Email ThisBlogThis!Share to TwitterShare to FacebookShare to Pinterest
Labels: http://www.bbc.co.uk/news/technology-39931635 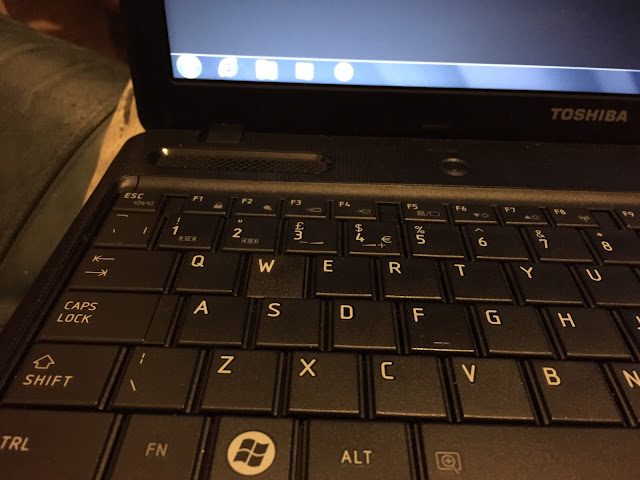 IT professionals scared stiff of ransomware

Ransomware is an increasing security concern for IT professionals

There are always plenty of security concerns causing furrowed brows of IT professionals, but a survey shows that it is ransomware that is causing the biggest headaches at the moment. A survey carried out by Spiceworks and published by Webroot found that 88 per cent of professionals had concerns about ransomware, while one third of those questioned had dealt with a ransomware attack first hand. By far the most common strategy for dealing with a device that has been maliciously encrypted is to simply wipe it.
Two-thirds expect the number of attacks to increase in the next year which is particularly concerning when you consider that two thirds of IT professionals know someone who has been affected by ransomware. Despite the threat and attempts to thwart the flow of ransomware with filtering, firewalls, and email scanning, just 44 per cent believe their current security set up is "somewhat effective".

Faced with a device that is encrypted by malware and held to ransom, 9 per cent of those surveyed would attempt to crack the encryption themselves, while 22 per cent would call in encryption experts. The importance of backing up does not seem to have filtered through to the hundreds of people questioned by Spiceworks; while 82 per cent of IT professional affected by ransomware would wipe the device in question, just 19 per cent would restore data from a backup.
It should come as no surprise that the internet is one of the most common sources of this type of malware, but email and social networks also feature high on the list. A worryingly small 31 per cent of IT admins have a specific strategy in place for dealing with ransomware attacks. 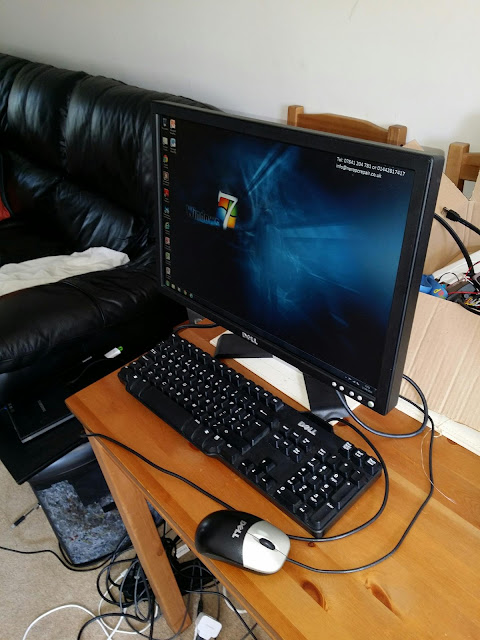 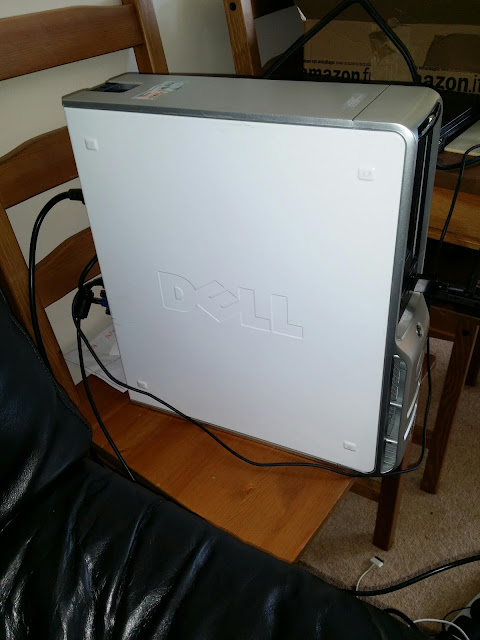 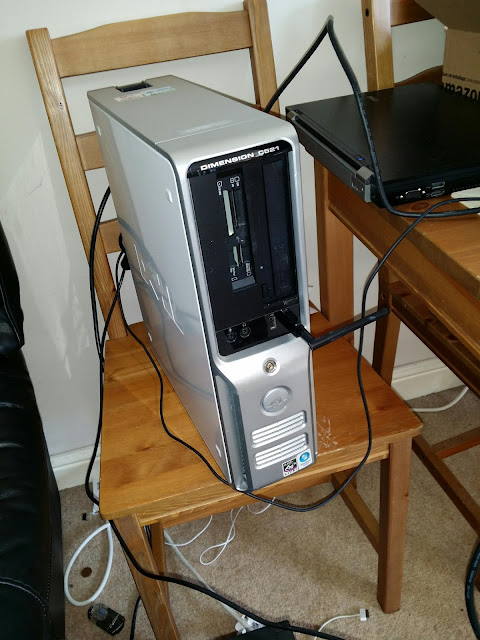 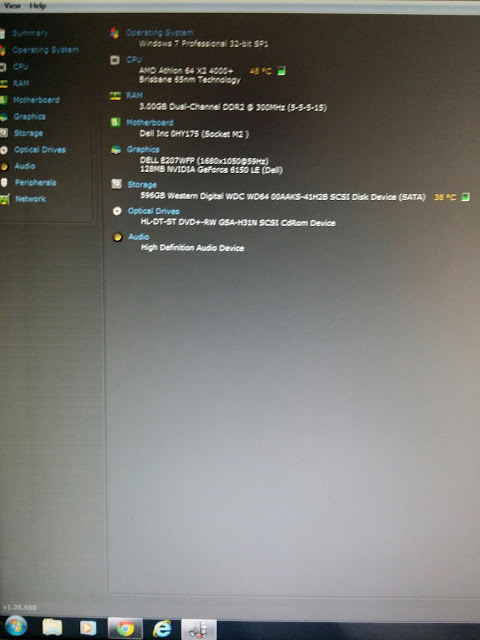 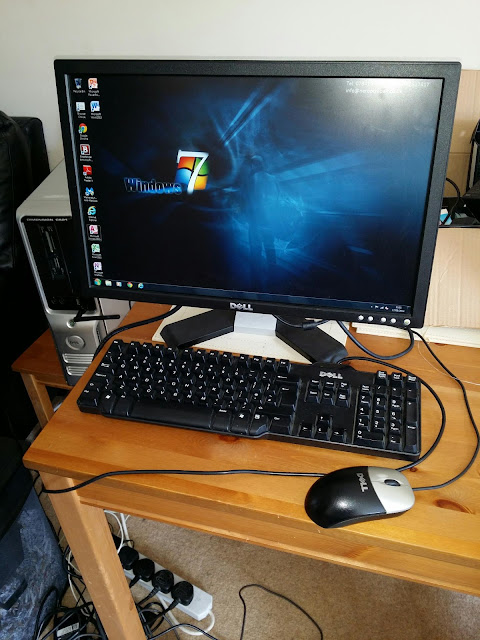 Top 10 Facebook scams to watch out for: Taylor Swift not one of them


With Facebook's rocketing popularity, the social network became a target for scammers and malware peddlers, and social engineering attacks have only increased massively since they first became a phenomenon.

So it's always handy to be aware of what current major scams are doing the rounds, so there's no danger of you being tempted into clicking and ending up with something nasty on your machine.

Security expert Bitdefender (the maker of the famous internet security suite which is generally ranked highly among testers, ourselves included) maintains a yearly list of the top ten scams, and this time around, the number one spot has stayed occupied by the same predictable piece of click-bait.

Yep, the top scam is "Total profile views/visitors (Check out now who viewed your profile)", with the lure of being promised a list of those who've been peeking at your profile representing 30 per cent of scams on Facebook.

Number two, but a long way behind on 7.4 per cent, is "Change your Facebook Color/Colour" (which offers to change the background colour of your profile). And at number three we have a bogus Rihanna sex tape, which represents 4.8 per cent of all Facebook scams. All the top three scams mainly target the UK, US and Australia.

Rihanna is the top lure in terms of celebs, taking over from Taylor Swift who was a popular scam last year, but has now fallen out of the top ten. Another major scam which slipped from the list was an alleged free trip to Disneyland.

As you can see, not only is the "see who viewed your profile" scam number one, but variants are also present at number eight and nine (and seven is pretty similar – seeing if folks have deleted you). Other Facebook theme/colour trickery is also repeated throughout the list.


People would do well to remember that you will never be able to see who has viewed your profile, and that Facebook blue is here to stay (and there will never be a "Dislike" button, while we're at it).

Catalin Cosoi, Chief Security Strategist at Bitdefender, commented: "Why do people still want to see who has been taking a peek at their profile, despite all security warnings? I think they believe these are legitimate apps. This is social engineering at its finest – a challenging mental game that pushes the right psychological buttons. The baits have changed over time, with stalkers, peekers, admirers, overly attached girlfriends and exes haunting you, but the reason this scam works is simple: human nature."

Bitdefender further noted that there has been an increase of viral video scams which perpetuate themselves via like-jacking (tricking somebody into liking a clip on Facebook when they didn't mean to).


People in the UK who persistently pirate music and movies will soon start getting emails warning them that their actions are illegal.

The warnings are part of a larger scheme that aims to educate people about copyright and legal ways to enjoy digital content.

Starting next year, up to four warnings annually will be sent to households suspected of copyright infringement.

But if people ignore the warnings, no further action will be taken.

The warning system is the result of four years' wrangling between internet service providers (ISPs) and industry bodies representing music and movie-makers.

The original enforcement regime was outlined in the Digital Economy Act 2010 and called for persistent pirates to have their net access cut off after a series of warnings.
'Difficult to protect'

In addition, rights holders wanted warning letters to mention the potential penalties people would face for copyright infringement and access to a database of known illegal file-sharers.

The years of talks brokered by the government have led to the creation of the Voluntary Copyright Alert Programme (Vcap) that uses warnings via email or post.

The UK's biggest ISPs - BT, TalkTalk, Virgin and Sky - have signed up to Vcap. Many smaller ISPs are expected to join later.

In addition, the UK government has pledged to contribute £3.5m to an education campaign that will promote legal ways to listen to music and watch movies.

Introducing the three-year educational scheme, Business Secretary Vince Cable said the initiative was all about supporting the UK's creative industries.

"It's a difficult industry to pin down and it's also difficult to protect," he said. "But unless you protect it then it's an industry that cannot function."
'Persuading the persuadable'

Geoff Taylor, chief executive of the BPI, said it had been a "long road" to produce the Vcap agreement. He said that though it lacked punitive action it could still help bring about change in people's habits.

"It's about persuading the persuadable, such as parents who do not know what is going on with their net connection," he said.

"Vcap is not about denying access to the internet. It's about changing attitudes and raising awareness so people can make the right choice," he said.

As well as taking part in Vcap, the BPI and other rights holders were working on other fronts to tackle persistent pirates, file-sharing sites and to suppress the economy that supported them, said Mr Taylor.

These initiatives included issuing notices to Google about links to pirated content, action in the courts to shut down websites that offer links to infringing content, and working with advertisers to limit the funds that flow to file-sharing sites.

Amazon has announced the launch of Zocalo, its enterprise storage and sharing service that looks set to take on the likes of Dropbox, Box and Google Drive.

Zocalo, which is named after the Spanish word for "plaza," will provide "strong administrative controls and feedback capabilities that improve user productivity," the company claimed.

Read more: Cloud technology given vote of no confidence by startups worldwide

The service will allow users to store, share and receive feedback on their files through a central hub.

In a statement, the firm stated that rival storage products had become "overly complex and expensive" for individual users and businesses.

The firm also stressed the security credentials of the new service, with all files encrypted in transit and at rest, and administrators able to specify how data is shared both internally and externally.

Amazon is initially offering 200GB of storage for $5 a month, but users will be able to trial the service for 30 days free of charge for up to 50 people. Those wishing for increased storage will have to pay a sliding price scale.

Amazon WorkSpaces customers will also receive Zocalo for free with 50GB of storage per user.

"With Amazon Zocalo there is no hardware to purchase and maintain and no software to deploy," the company confirmed. "Administrators simply enable the service for their organisation and invite users."

Noah Eisner, general manager of Zocalo at Amazon Web Services (AWS) said that there was a real need for the new platform.

"AWS was increasingly being asked to provide an enterprise storage and sharing tool that was easy to use, allowed users to quickly collaborate with others, and met the strict security needs of their organisations. That's what Amazon Zocalo was built to do."

Amazon Zocalo is currently only available as a limited preview, but the service is due for release shortly with multi-platform support on Android and iOS devices, alongside the firm's own Fire range.